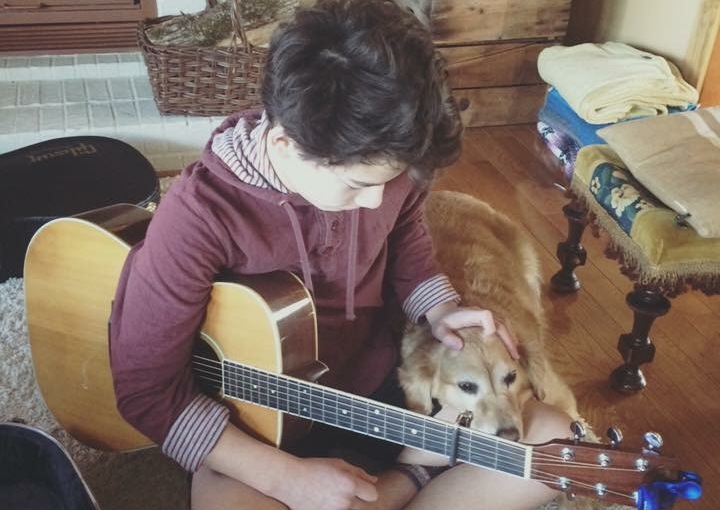 Mark (that’s my husband) wakes up happily at like 5:30 ON PURPOSE.  He is up being responsible and annoyingly healthy every day on the dot.  My son, however, left to his own devices will sleep until 11:00 every day and consider it morning whenever/if ever he wakes up.  He’s annoyed that like 20 things have happened that he didn’t know anything about. I wake up like a NORMAL person.  I set my alarm for a reasonable 7:30 and drink coffee and get on with it like a NORMAL human.

I don’t like to wake Evan up.  It goes against a mother’s instinct to wake up a creature that will proceed to need you once it’s awake.  But sometimes you have to.  Sometimes you can’t just leave them to be blissfully and wantonly unaware of this world, no matter how much you want to or they want you to.

I grew up with Captain Kangaroo.  With Sesame Street and The Electric Company.  I had saddle shoes and polyester dresses and a wore yarn in my pig tails for my school picture.  I sometimes didn’t wear a seat belt and sat in the middle of the back seat, leaning up to talk to my mom while she drove her baby blue Camaro. Mr. Green Jeans and my first grade teacher Mrs. Montgomery and my mom all told me I could “be anything I wanted to be.”  It was the beginning of that idea.  That girls really could grow up to be anything.  And I believed it. 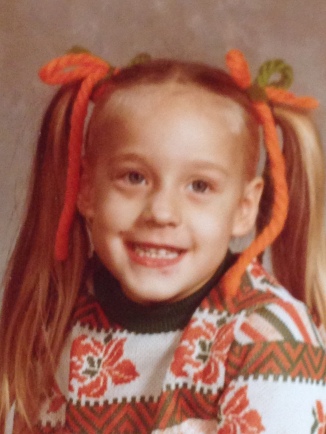 Mostly, it’s true.  Mostly, you CAN be anything you want.  You deal with a lot.  But you slog through and get somewhere close to fair, stronger and smarter and harder than the boys who didn’t have to slog (lots of boys have to slog more than girls of course and for harsher reasons).  There are still the monsters among men who demean women for pleasure and are not ostracized sufficiently.  There are still the leaders among men who delight in elevating women WITHIN traditional roles to the point that we are flattered and patronized into submissive ignorance.  But for the purpose of this entry, let’s not think about them today.  Let’s focus on the woke boys.

Woke boys can wear pink t-shirts and hold up signs and recognize injustice and identify as feminists and STILL carry your boxes to the car.  And STILL reach the pasta press that’s on the highest shelf in the highest cabinet that you use once a year.  And STILL take out the recycling and put the leaf in the table.  Woke boys can let their little cousin paint their nails and not care when it’s still on, red and peeling, 3 weeks later.  Woke boys are awesome.

But even woke boys need some shaking every now and then.

When I was 6 and leaning up in the backseat with my elbows on the black vinyl console, and we were singing Sara Smile and my mom asked me, “What are you going to be when you grow up?”  I imagine she thought my answer would be…..a teacher, a mom, a writer, a singer.  Maybe she knew…maybe she hoped, that I would grow up to be ALL those things.

I AM all those things and a few more.  And, important point here,  I happen to love doing all the things that I do.  Somehow I lucked out and have found several jobs which can coincide and coexist and bring me joy.  I TOTALLY lucked out because somehow I found occupations which allow me to (mostly) set my own schedule, be creative, work with people, earn a little money, and still homeschool my kids. (I could never have done this when they were little.  I have gradually accumulated these jobs as the kids have gotten older.)  So, my schedule is random and full and sometimes unmanageable.  And it always seems like there’s more to do than I can do.  And it always seems like I’m not doing anything quite the way I would like to.  And it always seems like I’m letting someone down.

That last one is what brings me back around.  This year has been a growing one for my career in music, lots of changes and big steps forward.  Lots of focus outward to the world and what I will do next. And the two woke boys in my life, the one that is awake at 5:30 and the one that’s snoozing, both have had a really hard time accepting that.

But shake them I will when their expectations are unfair.  When their comments conjure guilt.  When their teasing is meant to alter my choices in their favor.  When their support is withheld in the hopes that it will slow me.  When their greeting is different at the guitar than at the sink.

Even woke boys need some shaking now and then.

P.S.  Funny little aside:  While typing this blog I texted my mom about the Camaro.

Writer, singer, songwriter. Find me @SaraBQuah. Listen to my music at saraquah.com. View all posts by Sara Quah